The motive power for these locomotive hauled services comes from a small stable of eight locomotives. Seven of these are General Motors built AEM7 locomotives with an add on of an ABB built ALP44. Roster details are as follows:- 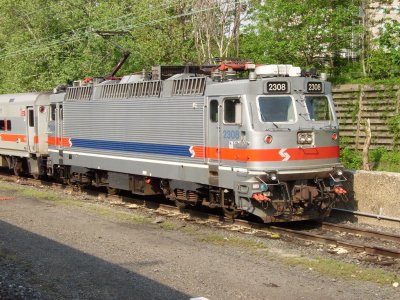 Unique in the SEPTA electric locomotive roster is ABB built ALP44 no. 2308 pictured during weekend stabling at Trenton, NJ on Saturday 6th May 2006. Picture courtesy of Gary Thornton.