Maryland Transit Administration (www.mtamaryland.com) operates three routes in Maryland under the MARC train service name. The routes are as follows:-

Train service operates Monday to Friday peak hours only, between Washington Union and Baltimore Camden station. Primarily for the use of commuters heading into Washington D.C. during the morning peak and away from D.C. in the evening peak, there are some limited train services to Baltimore Camden in the morning and from Camden in the evening. Train services are provided by diesel locomotives on push pull coaching stock.

Below is a summary of the current roster position for passenger locomotives, mainly taken from observations made on the 4th May 2006. It has not been possible to verify all of the roster list but this is believed to be the current position. 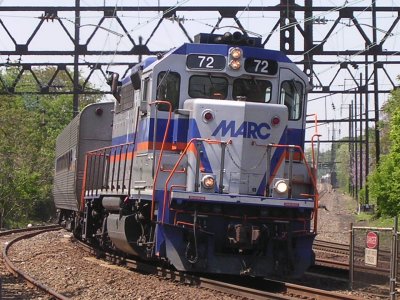